On April 6, 2017 dignitaries from around the country and the world gathered at the National WW1 Museum and Memorial in Kansas City for a multi-media event examining the historical events leading up to Woodrow Wilson’s Declaration of War exactly 100 years before. The 90 minute performance began with flyover of the specialist French Patrouille, and featured readings by local performers, new orchestrations of WW1 era music and the application of cutting edge performance technologies to bring museum quality archival material to vibrant new life on two giant screens for a live audience of 3,000 and countless more via a live C-Span broadcast.

“Today’s ceremonies at the memorial are an international tribute to the lessons learned in the past century. The U.S. must commit to join other nations in keeping the peace around the world.” Editorial, Kansas City Star

Edward Bilous is honored to have been selected once again by the WW1 Congressional Commission to conceive and produce the centerpiece performances for National WW1 Armistice Centenary on the Washington Mall in November 2018. 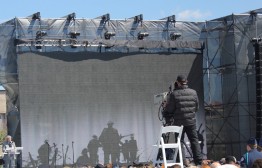 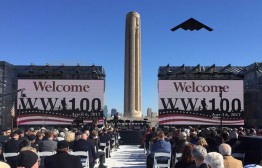 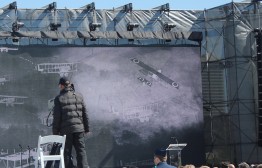 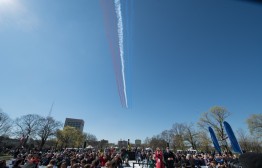